A niche perfume brand with a very special concept was launched at TSUM a couple of days ago. The founder and the inspirer of a brand, Clara Molloy has come to present it. Clare has created MEMO 5 years ago. She had been in book publishing and luxuryindustry earlier and has always been travelling a lot. Clara is Spanish, her husband is from Ireland, and so she says that theyareproneto travel.

Clara has decided to turn her journeys into aromas that remind of them after publishing a book about 22 famous perfumers of our time. One of these perfumers was AlenorMassenet who has created Only The Brave for Diesel, Emporio Armani Night, John Galliano Parlez-Moi d’Amour, Lancome Tresor Sparkling. And now – all the MEMO aromas.

MEMO article was published on elle.ru and I’m copying the most interesting parts for the blog.

— Our brand is devoted to travels – Clara says. – Each aroma refers to some geographical place, ether real one or created in our mind. The phrase that characterizes the brand is «The journey is the destination». Every fragrance is like a journey itself because it has its start, middle point and ending.

— How did you come up with the idea of making aromas particularly about journeys? Why are journeys so important for you?

— Journeys take an important part in my life. Each one is a part of me. I think that journey gives us unprecedented freedom and brings a lot of surprises. If you stay inside one culture for a long time you feel comfortable but you can’t find energy charge for creation. I have to travel for inspiration, perhaps not too far away, I can find new impressions everywhere. And a long journey is like an absolutely different life!

— Which of the aromas is your favorite one?

— It’s like asking “At what age have you been happier?” These are all parts of my life, for example, Lalibela is the time when I got married, a special time.

— There’s Shams fragrance in your collection with oud notes that is very trendy at perfumery. What other ingredients do you expect to be that popular too?

— I suppose that iris is going to be very popular next year, not only the flower itself, but powder notes that it gives, like the flower has opened entirely and is showing its sweet smell. And sandal wood notes.

— How does your work at fragrance with Alenor go? Who creates the idea?

— I have a special wall at home where I collect all the pictures, words, everything that evokes associations and sensations. As for me fragrance is always connected with a particular place while for Alenor sensations are of most importance. And the more lucid my description of sensation is the better understanding we get. She chooses ingredients according to the words I describe these sensations with. For instance, for Siwa they were “intimacy”, “fur”, “sand”, “night” – and she had decided that this must be vanilla.

— What journey will be your next fragrance devoted to?

— As far as we wok together, there should be an agreement at this question. For example, once I travelled to Siberia but Alenor said “No, Siberia smells of nothing, it’s pure snow!”. So we just discuss it. (Laughs)

— You don’t divide fragrances into ones for men and for women. Why?

— This classification depends on culture. At the Near East men can easily wear my Sundance while in Japan Inle fragrance will be considered too heady for man. I don’t want to limit anyone. Aroma finds its client by itself.

— And when did the house fragrances collection come?

— Laterthenthearomas. Thereareclearnotesinthem. If it’s tuberose then it’s only tuberose. I suppose that house fragrances must be simple, without complicated compositions, or it’ll be really hard to live in such a house.

Clara has also told us a little about each of the aromas of the brand. (there are 8 of them, the new Granda is coming soon). As for the house collection there are 18 candles, aromatic sprays and sachets, there is also small bath line.)

Our first aroma. There is a lake Inle in Birma, in the mountains that is shrouded inmist. The main fragrance notes are osmanthus in a tea cloud (the absolute mate). Inle represents our brand in a good way because of osmanthus. This ingredient is being used as a perfumery material just for the last 15 years. We like finding rare natural ingredients.

Jannat means “heaven” in Indian. Together with Alenor we’ve decided that heaven is childhood, if you got lucky. Aroma includes petigren, grapefruit, tangerine, neroli, and almond notes that stay on skin for a long time. There is Jannat for kids – there’s no alcohol in Jannat Baby.

Siwa is a journey to Egypt. As Alexander the Great and Cleopatra did at the faraway oasis Siwa anyone can go to oracles to know their fate and let it become a reality. The fragrance base is vanilla, but not a sweet one, but vanilla flower. This aroma is hard to be heard right away because it changes on skin. Sensual, it doesn’t have a wide plume; you should be close to hear it.

Oriental fragrance. Manoa is a golden city in theheart of the countryof the Incas. According to the legend El Dorado, a young man from a rich family annually collected gold from his people, loaded it into diamond boat and dumped it into the water as a gift for gods. Eventually these loads of gold have formed an island called Manoa. There are Tonka beans notes in the fragrance, opopanaks, notes of coconut, they are combined with fruit. Manoa is for a confident,assertivewoman.

Lalibela brings us ti Ethiopia! This is a Christian town locatedatthe altitude of over2500 meters. According to the legend, in 12th century angels themselves descended from heaven to carve12temples in the rocks in one night. Lalibela is a fragrance of religious fervor and joy. That’s why use incense as a base and we also use rose, patchouli,tobacco leaf – it feels like chocolate on someone’s skin while like tobacco on other’s.

It’s named in honor of a famous movie festival. The main note is tuberose. Why? We’ve been thinking about an actress that comes to Sundance, she’s not famous yet, she can have too much make-up…Like Marilyn Monroe before becoming famous. Tuberose is always a little bit too much, that’s why we’ve chosen this note. To nake tuberose milder we’ve taken pear note, iris concentrate and bergamot.

Moon Safari is a dualodor. On the one hand ot’s vetiver that is traditionally considered to be moremasculine. On the other hand, it’s leather. More over – light citrus notes, bitter orange, grapefruit, tangerine. I’ve been thinking of a desert which is really hot in the afternoon, cold at night but at the same time it’s like you’re being wrapped in a cozy cocon.

We wanted to present our version of oud aroma that are so popular nowadays. Our oud is special, spicy. At once you can feel oud tree and spices – pepper, ginger, saffron. In Arabic Shams means The Sun. I’ve seen a man who allegedlyswallowed thesun and now it’s shining from the inside.

I’ve smelled all the fragrances during the presentation. Inle, Siwa and Manoa are the ones I liked most of all. Inle’s light mist that Clara’d been taking about captivated me completely. It’s like a note that you want to hear smelling a light haze.Siwa was the first time I seemed to like vanilla at all. Really, there’s no sweetness that annoys me in it but there is sensuality and it makes you want to touch your skin where aroma is applied. And speaking about Manoa you just want to try it again.

By the way, the most urgent thing from the house collection is a candle with the intriguing title Mad Abour Gstaad. Christmas Tree and Snowflake – like that.

We already have all of it at TSUM. The only thing that upsets is, as usual, our prices. Compared to 105 euros for a big flacon of fragrance on the brand site the price of more than 7 thousand roubles at TSUM embarrasses me. 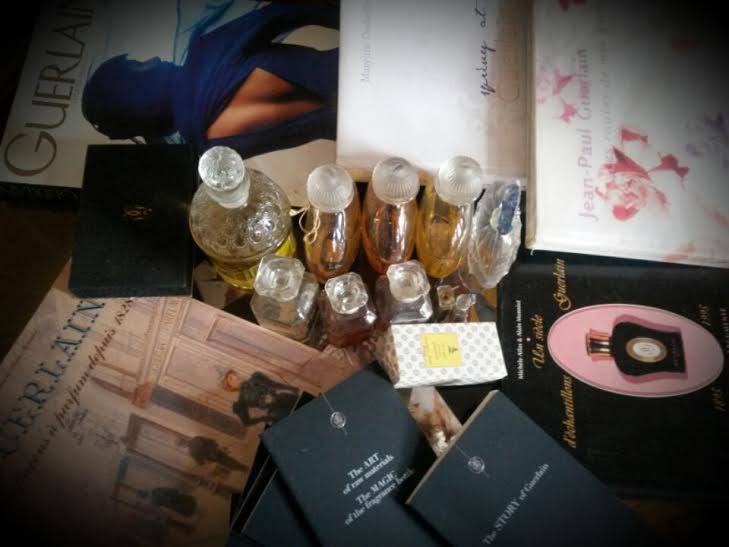 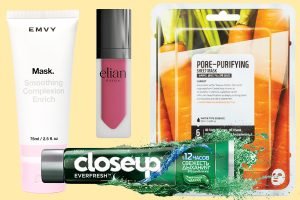