The second «5 Best» selection is about the products I use in extreme situations. Those that I’ll take even in the exploration, even though the North Pole, or in the transatlantic flight, in the critical days, and in extreme cases, I can only do them for a long time. (The first selection and rating terms are here.) There are masks and cremes among them, although I think there’s no need to differentiate them, because any creme can be used as a mask if applied thik for 30 minutes and then the leftovers are removed. Vice a versa, any mask can be used as a creme. I think that creme/mask differentiation is very conditional speaking about SOS-products.

The only thing I’ve excluded from the list are cloth masks because they need privacy anyway. Well, sometimes I use them right at the plane, touching flight attendantsby with my directness. But I don’t encourage you to follow my example, and all in all cloth masks should have their own list.

IMPORTANT!: The order of the products doesn’t matter. N1 can be not better/not worse than N5.

I won’t discover America if I say it’s one of the most genious cremes invented by mankind. But my aim now is nether America discovery nor  arguing with those who think that it’s Nivea for the price of Mercedes. I’ve also heard that there are some people who don’t share my La Mer admiration, who is not inspired or saved by it.

I have nothing to contradict here. Perhaps you are lucky and your inspiring-saving-creme is cheaper. Well, 10 000 rubles is quite an unpleasant price:)

I can’t manage to say the exact number of jars I’ve used during all my life and of things it had saved me from. It had definitely saved me from: 1) allergic crust that my face had once suddenly covered with; 2) sunburn (nose, ears, shoulders); 3) total dehydration caused by taking antibiotics.

By the way, one day I’ve discovered that it works excellent with SkinCeuticals Hydrating B5 cerum.

I take a small sample jar of it when I travel by plane. I apply it every 5 hours.

But I’ve found one thing about it. If I use La Mer more than 3-4 months non-stop my skin somehow stops assimilating it and doesn’t react this well. I guess it’s a kind of a situation when the person eats only black caviar for a long time and later there comes the moment when he misses french fries.

I didn’t manage to found a picture of the mask itself and this one is from cosmotheca site. There is a lot of reasonable information about this german brand there too, and the trademark is worth knowing. The mask (it is the far right at the picture) is interesting because it adapts to the type and condition of the skin and to the climatic and other conditions. So it can be used by everyone, everywhere and always. That’s why «anti-aging» is  pretty conditional here. But it saves the skin, soothes and protects it from wrong things.  (It seems like aging seems a wrong thing to product inventors too. And I agree with them, to be honest.)

I’ve spent two summers with this mask. One of them was when there was no fresh air to breathe in Moscow and everyone wore gauze bandages. (This cosmetic haven’t been sold in Russia, anyway, mine have been transported from Germany.) The masks texture is lightweight especially compared to La Mer. No fragrance, no other striking features apart from its quaity to be absorbed greatly.

If I’m not mistaken, it costs around 11 000 rubles in Russia. There’s enough for 2 months of daily use.

3. Kiehl’s Rosa Arctica: saves when it’s freezing. And in the swimming pool too.

I’ve written about this creme in winter — you can read it here. There’s nothing to add to this admiration post except I’ve used two jars during winter and I’m very happy with it. And I finally get used to its saulty smell and it stopped annoying me.

It’s not a seson for such a dense creme now, but I use it anyway: I apply it before going swimming in the pool. My face is not covered with scabs after frequent bathing in chlorinated water only because of Kiehl’s Rosa Arctica.

The creme had worked well in the plane too. Following the advice of Dasha-edelich, I’ve applied it on hands in winter and I was very pleased indeed. Moreover, I’ve recently found out by chance that it relieves itching from mosquito bites really well. All in all, there are only Maldives left to test Rosa Arctica to announce it to be  the creme of the year. Unfortunatley there are no Maldives in my route list yet.

4. Pola The Mask.  Saves from laxity and ageing sympthoms

One more product I’ve already described here. I’ve realized that this mask works great even applied on baby cream or some banal serum. I’ve also used it by itself — it works awesome too.

Surely there is a will to complain about something and find at least one disadvantage to reduce the amount of enthusiasm somehow. But I can’t find any. Perhaps too little time has passed, and I’ll find some imperfection later. But for now when I go to the next business trip I take this mask without a doubt. And every gram is a weight of gold there.

Yulia have written about this mask here. That’s why I’ve tried it. It realy feels fummy when the mask starst bubbling on face :)) And the result is visible in 10 minutes: the face looks rested and fresh. It works even after the party where everyone shouted, smokied and argued about arguing about the fate of Russia.

PS. What proven SOS-products do you have? 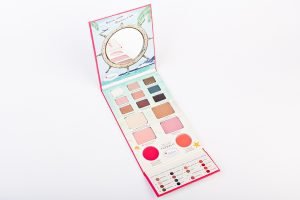 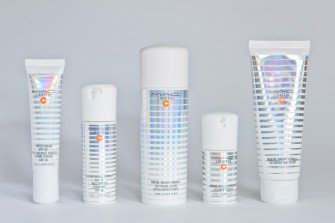